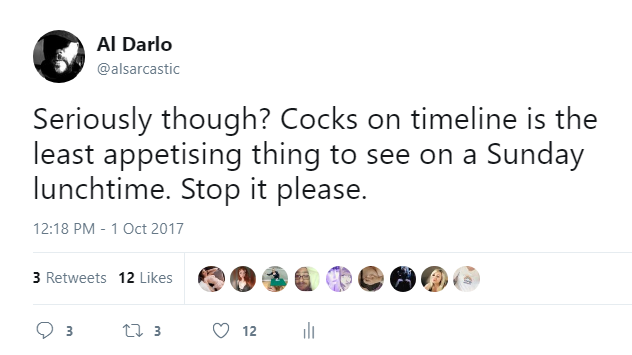 The weekend saw me fall out with someone I was following on the Twitter over her posting a penis photo that had been sent to her by some random yahoo via DM, and I wanted to talk about this issue at some length; unconstrained by 140 or 280 characters, so here goes.

Depending upon your country, sending a photo of your penis to someone ‘can be’ ILLEGAL. There, I said it. I’m in the UK so I’m going to look purely at UK law. You can imagine there are already well known laws and common morality if this involved kids, so lets ignore that for the moment and focus on the apparently acceptable business of sending a penis to another adult.

The Malicious Communications Act of 1988 makes it an offence to (and I’m paraphrasing here) send an electronic message which is indecent or grossly offensive intending to cause distress or anxiety to the recipient. The reason I’m paraphrasing is because legislation is wordy-as. But if you want the full content it’s here: https://www.legislation.gov.uk/ukpga/1988/27/section/1

So if you send an unsolicited picture of your ugly willy to another person intending to distress them (and willies are by their nature distressing) you’re committing a criminal act and can be sent to prison for two years. If you receive a dick pic you have options. Report it to Twitter, or report it to the police. 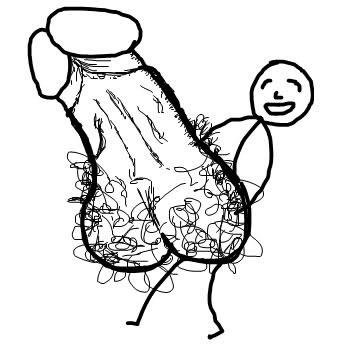 What you shouldn’t do though is screenshot it and post it onto your timeline. But why not, Al? Well, seeing as you asked, firstly because it’s a vile thing to do. Penises are ugly. No one wants to see them. You didn’t want to see it. I don’t want to see it.

Secondly, and this is the important bit, because it is illegal. And you’re making the sender of the dick pic into a victim. You are making them, in the eyes of the law, a victim.

Section 33 of the Criminal Justice and Courts Act 2015 makes it an offence to disclose a private sexual photograph without the consent of an individual who appears in the photograph with the intention of causing that individual distress. If something is sent to you privately, and you publish it publicly, you are committing a criminal act and can be sent to prison for two years. When that horrible jerk on Twitter sends you their junk and you post it on your timeline, you’re the criminal. Cool, huh?
https://www.legislation.gov.uk/ukpga/2015/2/section/33

But they deserved it. Of that there is little doubt, but you’re setting yourself up for trouble if you do this. When someone steals your car you don’t go out and steal their car in revenge. That is also criminal.

If I have to see it why shouldn’t you? Ask yourself why you didn’t want to see it in the first place and you’ll arrive at your answer. Cocks are disgusting.

This has been a public service announcement brought to you by alsarcastic.

<-- Look at this handsome couple.