London, you’ve been amazing. Loved every minute even if my feet have not. Two days spent touring as much of the capital as possible and I still feel as if I have just scratched the surface. So much to see and do, sadly not enough time to see and do it all so had to be selective.

We stayed at a hotel on Tower Hill, within spitting distance of the Tower of London. Arriving late-ish on Friday we walked up the side of the Thames then settled on The Chophouse for tea. This was my first and only experience of Pretentious London, paying over the odds for a piece of meat. I expected more for my money, but thankfully it was a one off and things improved significantly after.

Saturday started with a trip to The Tower and a short guided tour from one of the Yeoman Guards. Amazing the amount of history there is about the place, from executions to barracks. We spent a couple of hours there being immersed in the history of kings and queens and rebellious scoundrels. 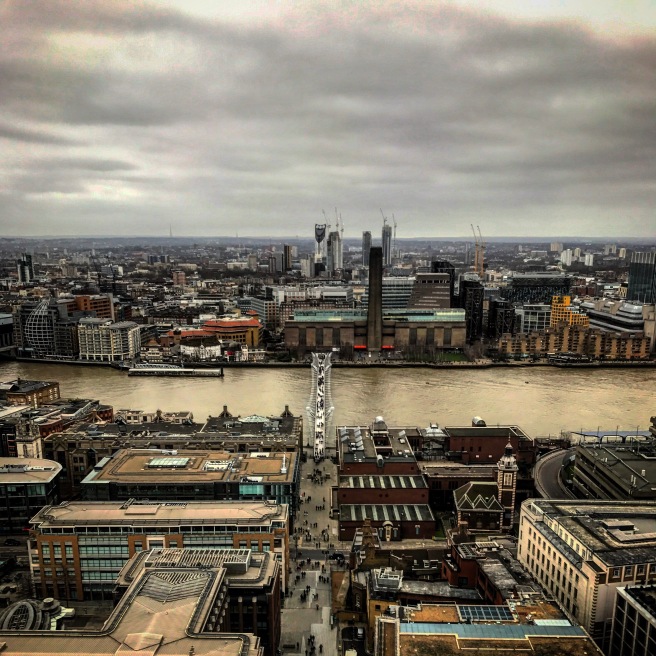 From there to St. Paul’s Cathedral which I wasn’t really bothered about seeing, ‪especially at a price, but i’m so pleased we did. Despite weary feet having to climb hundreds of steps, the views from the stone gallery at the top were magnificent. I’ve never been one for religion, and I can take or leave the works of art which were lavished upon the place. To me, beauty is in looking out across the city and taking in the view.

We then took a quick trip to Buckingham Palace. Liz was in but she didn’t ask us for a brew, before heading back to hotel to get ready for Wicked.

The Wizard of Oz is one of my first movie memories and it’s timeless in its appeal. I’d heard good things about Wicked and didn’t think we could visit London without taking in a show. Wicked did not disappoint and I loved the way it wove its way into the original story of Dorothy and Toto. It comes highly recommended. After a full day we were both shattered so went back to the hotel for an early night and a promise to rise early and have a full Sunday. 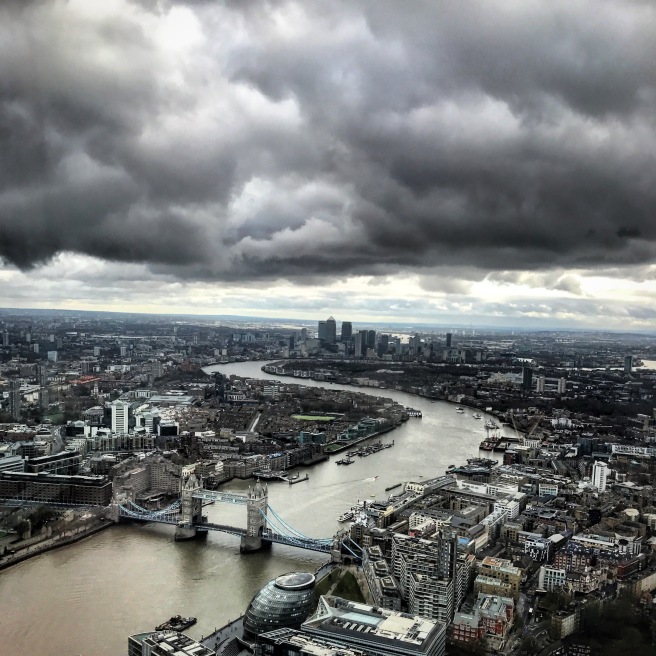 First stop Sunday was going to be the London Eye for the views over the Thames, but last minute I booked tickets for The View from The Shard. The 72nd floor viewing platform offers unprecedented access to the entire London skyline. It was stunning. The highlight of the trip for me. From there we headed to Westminster, the Houses of Parliament, Downing Street, Whitehall, Big Ben. Doing things the proper tourist way.

Trafalgar Square was next and the National Gallery. Here we noticed quite an interesting phenomenon. People taking pictures of pictures. Van Gogh’s Sunflowers hangs here and people flocked to see it and to shoot it with their mobile phones and cameras. Art reduced to I don’t know what. Pixels? Kilobytes? I think modern life and technology has stripped meaning from experiences. Rendered it down to actions not feelings. But that’s another tale for another time.

By this point we were all museumed out so spent the afternoon browsing Covent Garden markets, weaving through the crowds at Leicester Square, soaking up London.

There was still so much we wanted to do so we started making plans for what we’d explore on a return trip. Time was not on our side and it was soon time to return home to give weary feet a rest. London, you were amazing. I’ll see you again.

<-- Look at this handsome couple.